Edward Bok said, “Wherever your lives may be cast, make you the world a bit better or more beautiful because you have lived in it.” One way we can do this is to help save rare species so future generations can discover their uses and their beauty. The Rare Plant Conservation Program is an expression of Bok Tower Gardens’ conservation mission and works to conserve and enhance our understanding of Florida’s rarest native plants.

AT BOK TOWER GARDENS, CONSERVATION EFFORTS TO PRESERVE THIS BOTANICAL LEGACY INCLUDE: 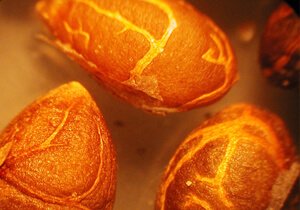 Bok Tower Gardens is one of the 39 institutions that participate in the Center for Plant Conservation (CPC). The CPC is a national coalition dedicated to conserving and restoring the rare native plants of the United States of America. National Collection plants are housed in a network of participating institutions as living plants and stored seed. Approximately 64 of Florida’s rarest plant species are housed at Bok Tower Gardens. Living material is carefully collected from the wild and maintained in one or more of the 60 endangered planting beds. Seeds are stored within our facilities at Bok Tower Gardens, or within cryogenic, long-term storage facilities at the National Center for Genetic Resources Preservation in Fort Collins, Colorado. The National Collection provides material for establishing new populations and for collaborating researchers and educators, which serves as a buffer against extinction.

Through an integrated conservation program of propagation, reintroduction, monitoring and management, Bok Tower Gardens has helped to conserve 64 rare Central and North Florida plant species, part of the National Collection of endangered and threatened plants. Of this collection, 29 are federally-listed and 35 are state-listed as endangered or threatened native flora. 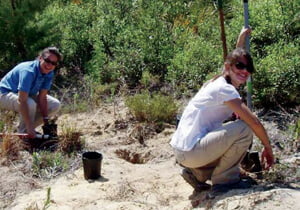 When a rare plant population is being impacted by development or other activities, the Rare Plant Conservation Program helps prevent loss of its unique germplasm by collecting seeds or living plants. Rare plant rescues have been performed throughout Florida as a cooperative effort between government agencies, private companies and landowners. Rescued plant material becomes part of the National Collection. 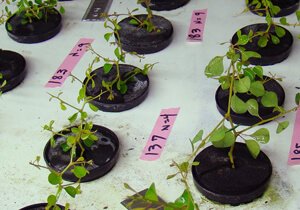 The Rare Plant Conservation Program maintains and strengthens a network of conservation partners working together for plant conservation. Involvement in a global network includes our membership with Botanic Gardens Conservation International and nationally through coalitions such as the CPC. Bok Tower Gardens participates in cooperative projects with government agencies, universities and research institutions, conservation organizations, and private landowners. With funding from the State of Florida, we collaborate with Fairchild Tropical Botanic Garden to host the annual Rare Plant Task Force, which brings together Florida’s conservation professionals to share research findings, exchange information and increase networking opportunities.

Our educational activities help foster an appreciation and understanding of Florida’s unique flora. These activities include supporting student research projects and providing information to the public through published articles, tours and presentations. The Endangered Plant Garden provides a one-of-a-kind opportunity for visitors to see some of Florida’s rarest plant species.

More about the Endangered Plant GardenExpand

Located near Window By The Pond in the lower east side of the Gardens, the Endangered Plant Garden provides a one-of-a-kind opportunity to see some of Florida’s rarest plant species. Approximately 30 species from north and central Florida are displayed, including Godfrey’s Blazing Star (Liatris provincialis), Britton’s beargrass (Nolina brittoniana), Lakela’s Mint (Dicerandra immaculata), Florida Jujube (Ziziphus celata), Four-petal pawpaw (Asimina tetramera) and Florida Goldenaster (Chrysopsis floridana). With species that include annuals and perennials, and deciduous and non-deciduous species, the Endangered Plant Garden is ever-changing, with various lifecycle stages, such as flowering times and seed production times, providing a different show with each season. 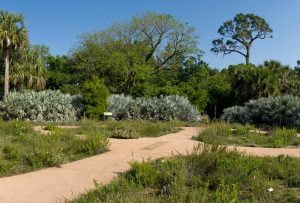 The location of the Endangered Plant Garden was chosen for its openness and full sun. This area was a former citrus grove and not part of the original Olmsted-designed gardens.

David Price, president of Bok Tower Gardens, designed the quarter-acre garden in a circular pattern, inspired by the layout of the Botanical Garden of Padua University in Padua, Italy. Founded in 1545, it is the oldest university garden in the world.

The garden’s circular plan makes efficient use of space, allowing visitors to view plants up-close. Many of the plants grown here have a loose and informal form so that the contrast of the garden’s layout provides structure and stability to the design through the growing year.

Information panels placed along the garden’s path identify the plants and tell about their habitat and life history. Paths for visitors to stroll along are laid out on compass points, offering vistas out to the adjacent longleaf pine grove. Benches are placed around the garden among sabal palm trees and other drought tolerant native plants. An analemmatic sundial is located at the center of the garden. Visitors can stand on the calendar to cast their shadow on the hour marker, giving them Eastern Standard time. This garden is an area for the public and school visitors to learn about the rare flora of our state, as well as a place to sit and contemplate our role as stewards of these fragile plants.

Construction of this garden was made possible through a grant from the State of Florida’s Division of Plant Industry.

Collaborating with the U.S. Fish and Wildlife Service and other project partners, we use data gathered from research projects to inform efforts to introduce new populations of endangered plant species onto protected lands. When suitable lands are located within the right habitat, soil type, and historically known range of the species, an introduction plan is outlined based on biological information available for each species. Plants are propagated in the greenhouse and tagged with permanent numbers before being introduced into their new location with the help of volunteers. Number tagging allows tracking of the long-term survival, growth and reproductive status of the plants.

For more information about Bok Tower Gardens’ conservation efforts and how you can get involved, contact Cheryl Peterson, Conservation Program Manager, at 863.734.1220, or e-mail cpeterson@boktower.org.

Affiliated with the National Center for Plant Conservation in St. Louis, MO, Bok Tower Gardens’ Rare Plant Conservation Program was started nearly 30 years ago and has partnered to conserve Florida’s rarest plant species. The program’s conservation efforts have been directed at rare plants in their natural habitats (“in-situ” conservation) as well as in Bok Tower Garden’s nursery (“ex-situ” conservation.) The nursery has been able to grow many of central and north Florida’s globally endangered rare plant species – plants that grow in a few locations in Florida and no where else in the world.

The rare plant conservation growing beds have provided staff and other Florida and Federal agencies with research and educational opportunities, but public access to the nursery has been limited to tours by appointment only. Interest in seeing and learning about these rare plants has increased over the years as the public has become more aware of the environment in general and the uniqueness of Florida’s natural habitats.