The Rare Plant Conservation Program has been on the hunt for extant populations of American Chaffseed (Schwalbea americana), a federally endangered plant in the Orobanchaceae family. Historically, this species occurred within fire-maintained pinelands along the Atlantic and Gulf coastal plains, from Massachusetts to Louisiana. However, the species has experienced a steep range-wide decline primarily due to habitat conversion and fire suppression. According to the most recent (2017) five-year review by the U.S. Fish and Wildlife Service, one of the downlisting criteria for the species is to secure 50 geographically distinct and self-sustaining populations (>100 individuals per population) on sites protected from development and other anthropogenic threats. Therefore, prospects for recovering American Chaffseed depend on finding existing populations. Currently, there are known 41 populations across eight states, of which only 20 have >100 individuals. In Florida, just three extant populations are known, all in the panhandle, of which two are recently discovered (2017 and 2018). 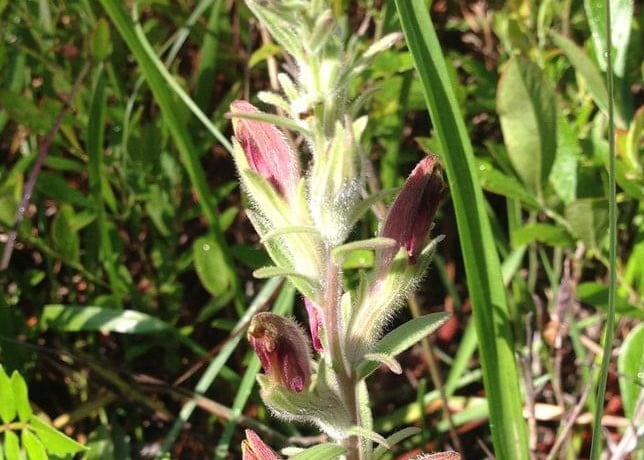 Based on vouchered herbarium specimens, we know this species occurred in eleven counties throughout Florida, extending down to Lake Okeechobee. However, there have been very few survey efforts for this species at the southern edge of its range in peninsula Florida, and no official population records for that part of the state. It is unlikely that the historical populations in Florida were ever monitored following their initial discovery…most herbarium specimens were collected in the late 1800s. Thus, the likelihood of any American Chaffseed or potential habitat still existing in this vicinity is unknown. 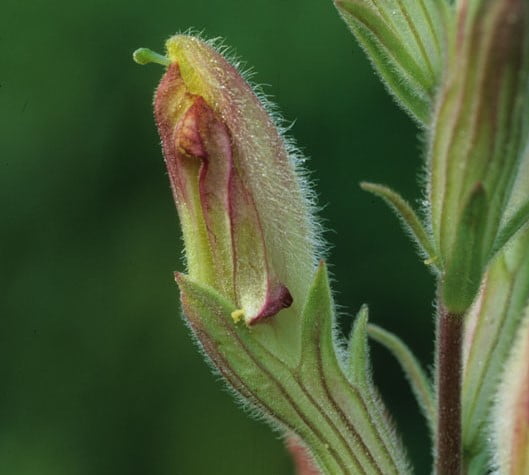 Selecting areas in the panhandle for surveys was challenging without the use of locality data. Our best chance of locating extant populations was to target public lands with seemingly suitable habitat to support the species with sustained fire history. Areas were identified utilizing several reference materials for guidance that included the herbarium voucher specimens, the Florida Natural Areas Inventory’s Interactive Conservation Lands Map, topographical maps, and available federal and state management plans. In May and June, the Rare Plant Conservation Program surveyed areas in Clay, Highlands, and Putnam Counties to locate previously undocumented American Chaffseed. No new populations were located, but we identified suitable habitat worthy of additional and more thorough systematic surveys in the future. This species is difficult to spot when not in flower and in a habitat that is in the third or fourth year of growth after a fire.

Survey efforts are ongoing and are scheduled for July in Manatee County. Although we have not had luck finding American Chaffseed, our efforts have certainly raised awareness for the species with our partners managing public lands, who will hopefully keep a watchful eye for its presence.

Photo credit: US Fish and Wildlife Service and Uli Lorimer