Revisiting the 1931 Concert for the Birds

Using the 1931 and 1932 recital programs as a guide, Geert D’hollander will perform the following selections for the
April 22, 2020 Concert Re-creation.
The Heavens are Telling the Glory of God (The Creation) by Joseph Haydn
When the Swallows Homeward Fly by Franz Abt
The Lotus Flower by Robert Schumann
To a Wild Rose by Edward MacDowell
Skylark (French Traditional)
Listen to the Mocking Bird by Richard Milburn
Blue Bells of Scotland(Scottish Traditional)
The Woodpecker by Michael Kelly
Little Rose of the Field by Franz Schubert

The program notes for the Festival of the Birds is extremely timely for Earth Day this year. Enjoy some beautiful photographs of the birds of Bok Tower Gardens and a historical snapshot from 1931.

We are met in praise of Birds – our Little Brothers of the Air. Ever since Mr. Bok established the Sanctuary, not just as a mere park, but uniquely as a retreat where in the harmony of beauty you could seek refuge from daily strife, our birds have been your helpful guests and gracious hosts. Not along for their songs or plumage, nor yet for the courage or the trust those who migrate to us, not even for the great aid of birds in agriculture and gardening do we praise them, but because it is a rightful tribute to those who deserve well of Florida, one of the most complete bird states of the world.

There is no month of the year when birds are not nesting in some point of this peninsula. Because the Sanctuary is situated in the center of the state, it is a natural halt in the great Alleghenian flight tract which brings us migratory birds even from Canada and South America. Also, it is a midway stop for native birds crossing from the Atlantic to the Gulf of Mexico or the Bahamas, hence, besides many of the birds which breed in Florida, we have an unusual number of bird guests who hold their own festival of re-union at this time in the Sanctuary. 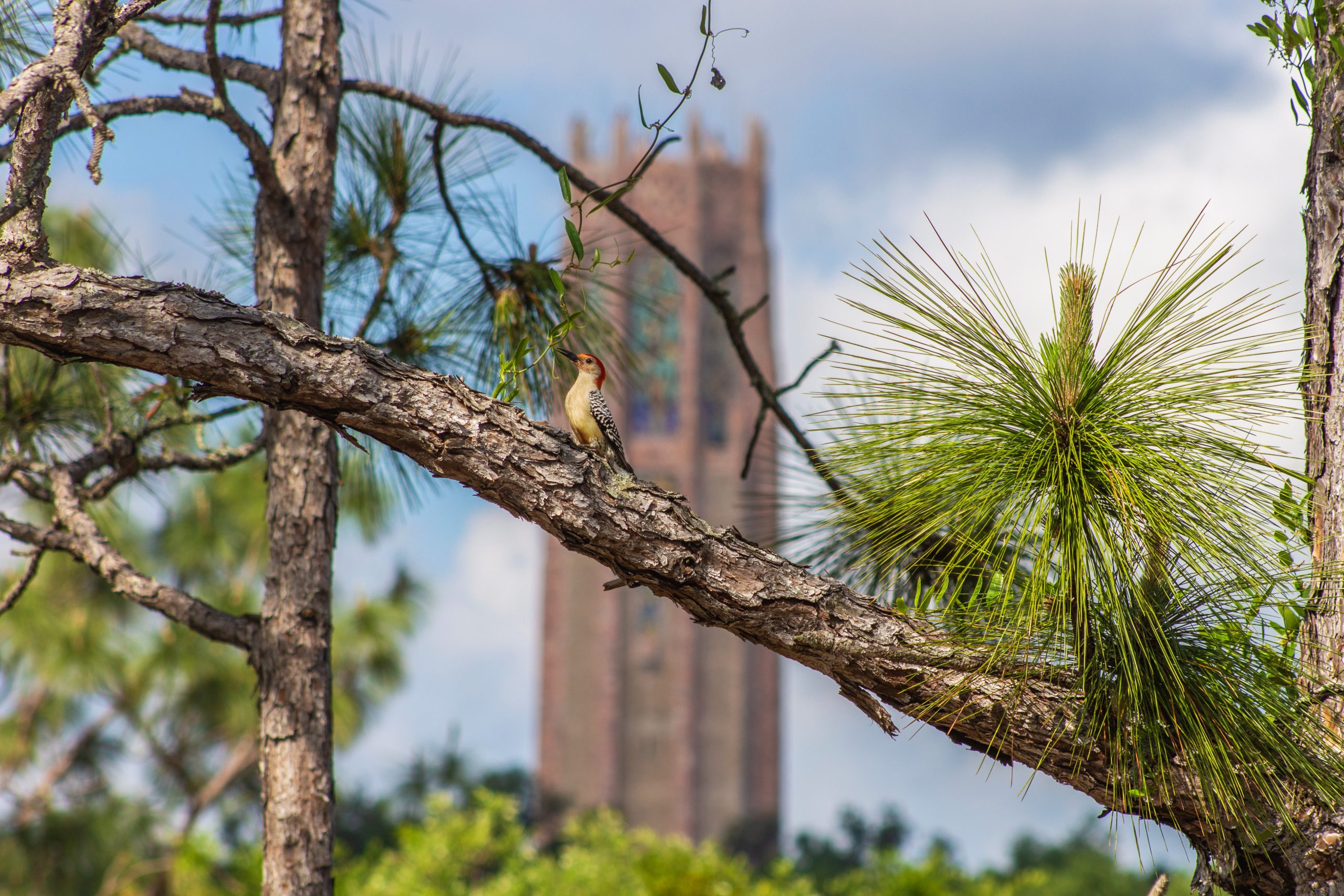 Masters, like Beethoven in his Pastorale or Hayden in The Creation, have delighted to express the songs of birds. Now the carillon becomes the voice of our community as the Great Orchestra of the Air offers our praise through the special program which Mr. Brees has prepared. Some of the melodies given only express a composer’s sentiment for a bird, others give direct bird notes or a call. May the Carillon’s soaring inspiration lift you on upward wing to a finer appreciation of that music which, perhaps unnoticed in grove or city streets, may now become a part of your own song of life.

To complement our festival two lectures on Florida Birds will be given by Charles Bowman Hutchins at the High School Auditorium in Lake Wales which will be used through the kind consent of Colonel C.E. Crosland. The first lecture at 10 A.M. Friday, February 13 will be for the children. There will be a second lecture Friday evening, February 13 at 8 o’clock, at which all friends of the sanctuary are most welcome. Mr. Hutchins is one of the foremost ornithologists of America. He has done particularly valuable work in emphasizing the necessities of sanctuaries to conserve bird life, and in teaching us to regard them not as ornaments or songsters, but as helpful and much-needed citizens.

This blog post was written by Erica Smith, Director of Marketing with collaboration from Jaime Fogel, Library & Archival Collections Manager.