In 1921, Edward Bok spent his winter months in Mountain Lake community, walking up “Iron Mountain” and admiring the dramatic sunsets and birdlife. He decided to create the Gardens on this spot and designate it as a bird sanctuary. This designation was not arbitrary, in the late 1800s and early 1900s, bird populations were under enormous pressure due to sport hunting, but also for their feathers and whole bodies for their use in ladies’ fashion. 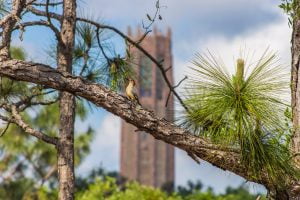 This trade-in bird feathers was genuinely astounding; more than 5 million birds per year were killed. Ornithologists wrote about the massacres, serving as a call to action for Harriet Hemenway and Minna Hall. These two women brought together 900 high society ladies in Boston who became activists against this trade in birds. As editor of Ladies Home Journal, Bok helped to build public support for the protection of birds and against the usage of birds and feathers in the fashion industry. This activism helped to lead to The Migratory Bird Treaty Act of 1918, which ended the reckless killing of birds for fashion or sport, and still sets the standards for bird protection. 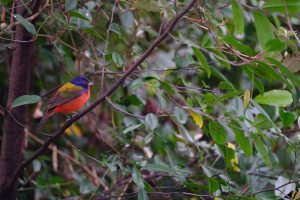 The conservation of birds is just as relevant today. Last year, a scientific study found that bird populations have decreased sharply in North America, down by 29% or 3 billion birds since 1970. The data used in the research was collected, in part by us, citizen scientists, and is highly reliable. 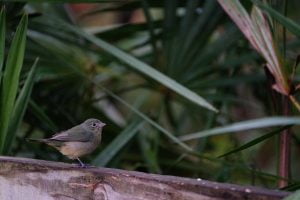 We can take action for birds in many ways. Citizen science, like the North American Breeding Bird Survey or the Audubon Christmas Bird Count, are ways you can help. Keeping your cat inside, placing silhouettes on glass windows, planting natives that provide food for birds, and providing appropriate nest boxes are others. Be like Edward Bok, and get creative to show your support for birds! 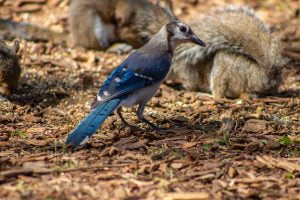 This blog was written by Becky Mallison and Tricia Martin, members of the Bok Tower Gardens Education team.